Leading Edge Threat Mitigation actively provides real world tactical and technical information on how to mitigate any number of threats from Active Shooter Defense, Protection against Stalkers, and Self Defense courses for Civilian and Law Enforcement personnel.

Joseph Walker’s business model utilizes his vast experience as a twenty-five year veteran of the Reno, Nevada Police Department, along with his expertise as a 10th Degree Black Belt in the Martial Arts and two World Karate Championships.  These two disciplines form the basis of techniques and tactics that are practical, easy to apply and effective against violent assailants.

Mr. Walker is also the author of several books: “Self- Defense Tactics and Techniques”,  “Shots Fired: Surviving an Active Shooter/Assailant” and his most recent release, “Disarm and Disable: The Active Shooter Defense Guide“.  This latest book was created to help organizations and the average individual to understand how to react when attacked by any offender bent on death and destruction, and the perpetrators single desire to injure or kill as many people as possible.

Mr. Walker has appeared on numerous local radio and television appearances covering threat mitigation strategies from Stalking, Workplace Violence and the defense against an Active Shooter/Assailant.

Directly connected to his extensive background in Law Enforcement, Martial Arts, Threat Mitigation, Defensive Tactics and Law Enforcement Use of Force Options,  Joseph Walker is regularly sought out for Criminal and Civil trials and case preparations as an Expert Witness within these fields of expertise.

Especially now, with the radical mobs of violence being perpetrated in many metropolitan cities across the United States, its more important than ever to be aware of self defense techniques that can make the difference between survival and serious harm or death.

Joseph B. Walkers 4th published book is available on Amazon. The book was created  for the worst-case scenarios if you were to find yourself in the wrong place at the wrong time – and no trained professionals are there to help.

While escaping a kill zone is one option, there may come a time when the best way to protect yourself and your loved ones is to ambush, Disarm and Disable the shooter. 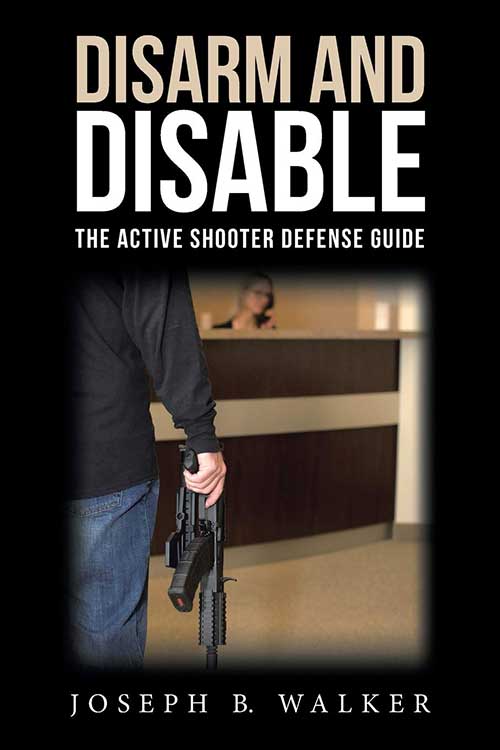 Joseph B. Walker’s 3rd published book, distributed through Archway Publishing and available for purchase on Amazon.com.

The book details Walker’s  approach to his trainings and seminars, providing readers insights and tactics on how to survive in an active shooter situation.

Joseph B. Walker, a retired police lieutenant and karate champion, delivers techniques and tactics to help you survive an active shooter in this survival guidebook. You’ll step into the mind of shooters and learn how to take proactive and reactive measures depending on the situation. Find out how to:

We Are Here To Assist You